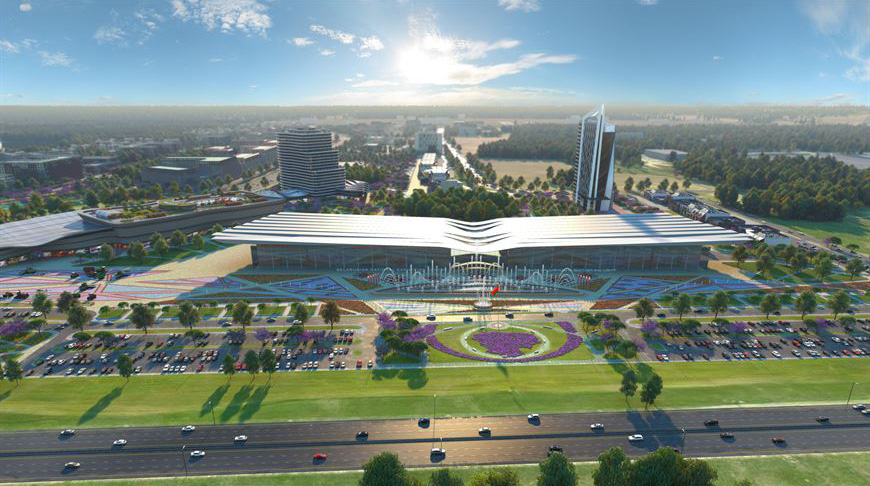 A grandiose investment project has been launched in Minsk

Commemorative capsules are placed in the foundations of the buildings which are assigned a special role in the development of Minsk and the entire country. It is no surprise that the ceremony to place a commemorative capsule in the symbolic ceremony to break ground for the Belarusian national exhibition center was attended by Prime Minister Roman Golovchenko. According to the Belarusian head of government, there have never been such an important and large-scale direct investment project in the Belarusian history.

A world-famous investor is Chairman of the investment company Emaar Properties Mohamed Alabbar. He arrived in Minsk to confirm the launch of the biggest investment project in the Belarusian economy and to take part in the groundbreaking ceremony for the Belarusian national exhibition center. 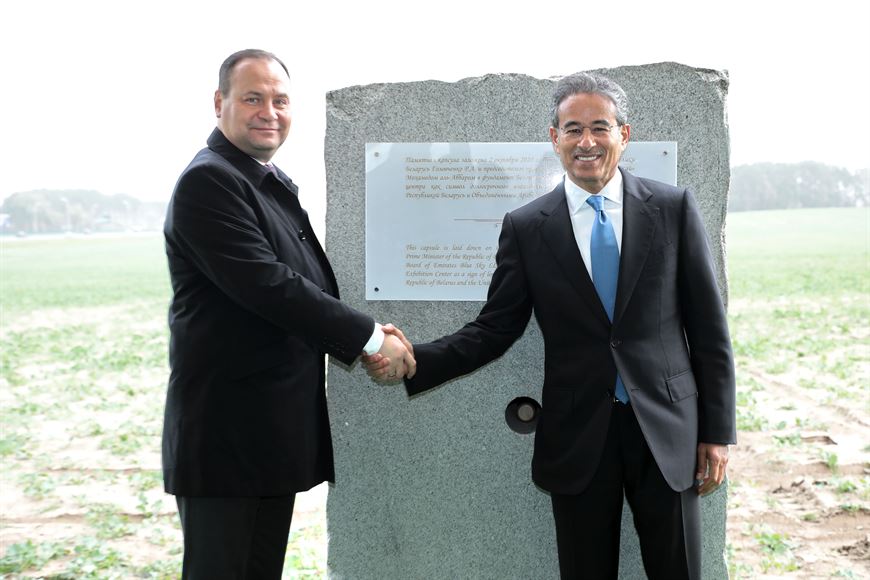 According to Belarus’ Prime Minister Roman Golovchenko, the arrival of an investor of this caliber is a landmark event for every country.

“I will not exaggerate if I say that this is the most significant investor that has decided to implement a project relating to direct investments into the Belarusian economy in the entire history of the country,” the prime minister told reporters. 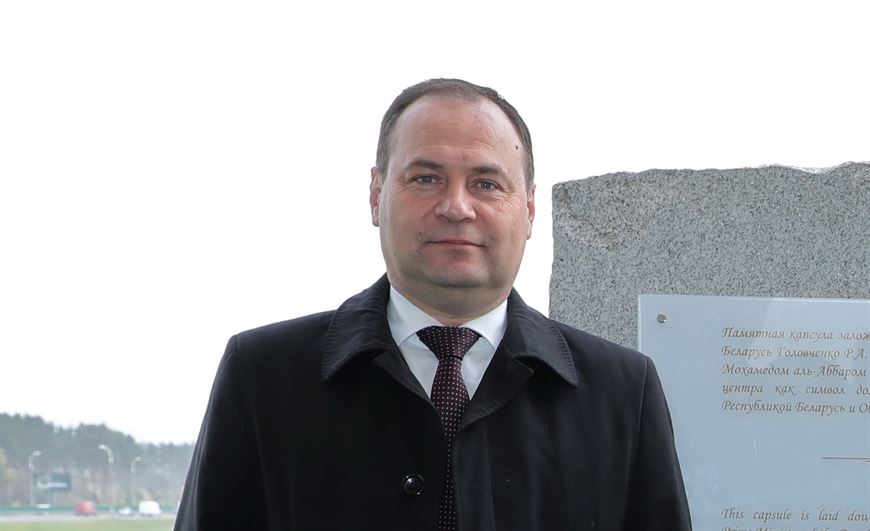 Roman Golovchenko, the prime minister of the Republic of Belarus

It is worth mentioning that some time ago Roman Golovchenko worked as Ambassador Extraordinary and Plenipotentiary of the Republic of Belarus to the United Arab Emirates with a concurrent accreditation in Qatar, Kuwait and Saudi Arabia for five years. He knows firsthand about Emaar Properties and its chairman.

Mohamed Alabbar is the co-owner of large international companies specializing in investments, real estate, hospitality business, electronic commerce, logistics, public catering, and fashion industry. World-famous brands consider him their main investor. He operates businesses in more than 50 countries across the globe. He has inspired the vision of today’s Dubai and worked to implement the concept. He is the key advisor for economic and investment affairs for leaders of Abu Dhabi and Dubai. 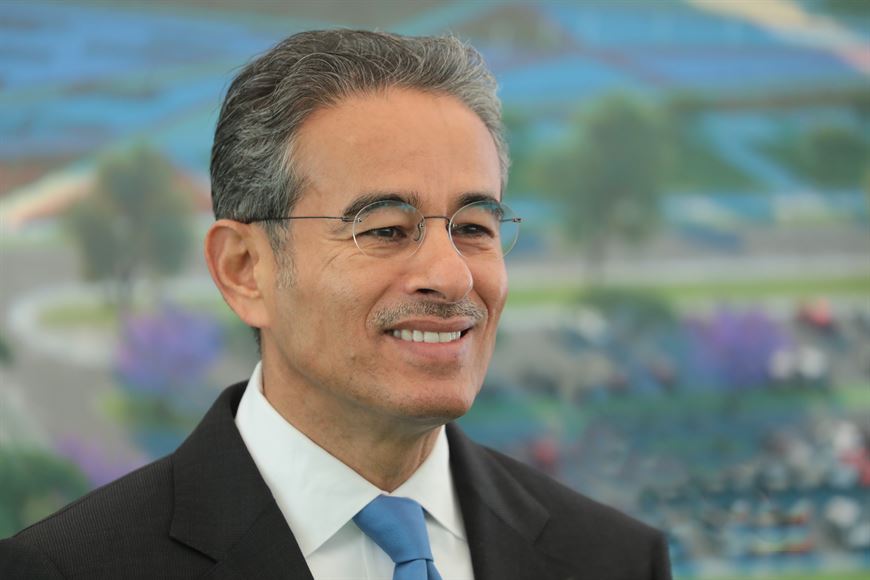 Mohamed Alabbar, the Chairman of the Board of the Emaar Properties investment company

It was Mohamed Alabbar who implemented Dubai’s largest construction projects, including the world’s tallest Burj Khalifa building and one of the world’s largest shopping malls, the Dubai Mall. He also masterminded the Dubai Marina project, an area with a population of 150,000 and an investment of $15 billion. Investments in Dubai Downtown stand at $20 billion, Dubai Creek Harbor – astonishing $55 billion! 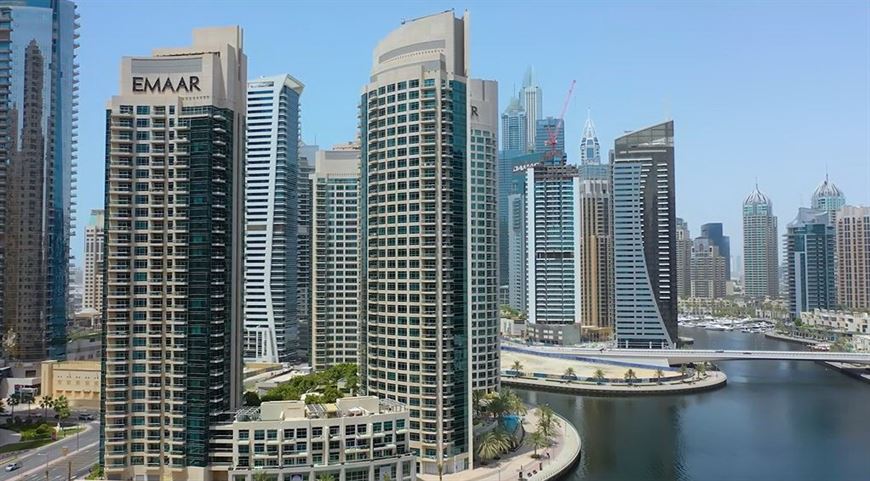 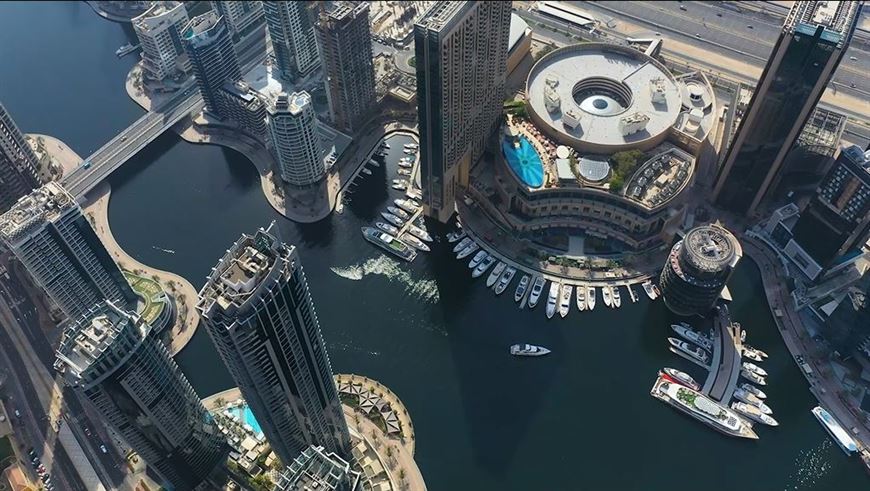 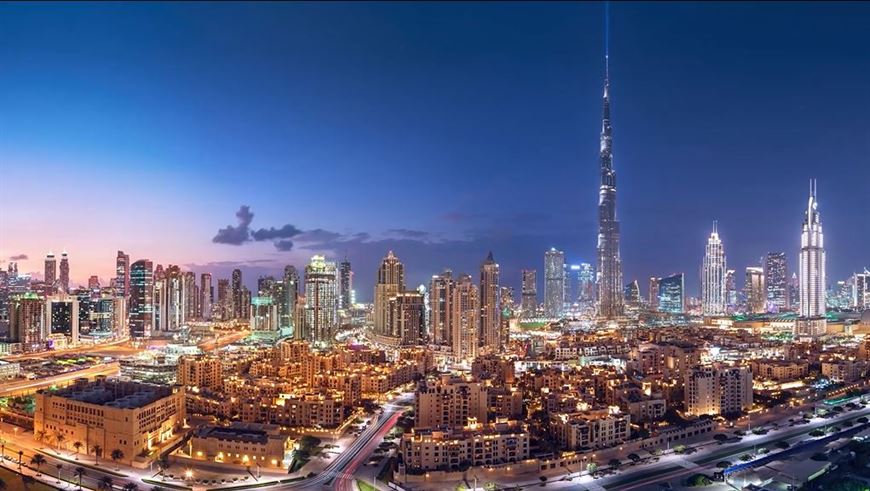 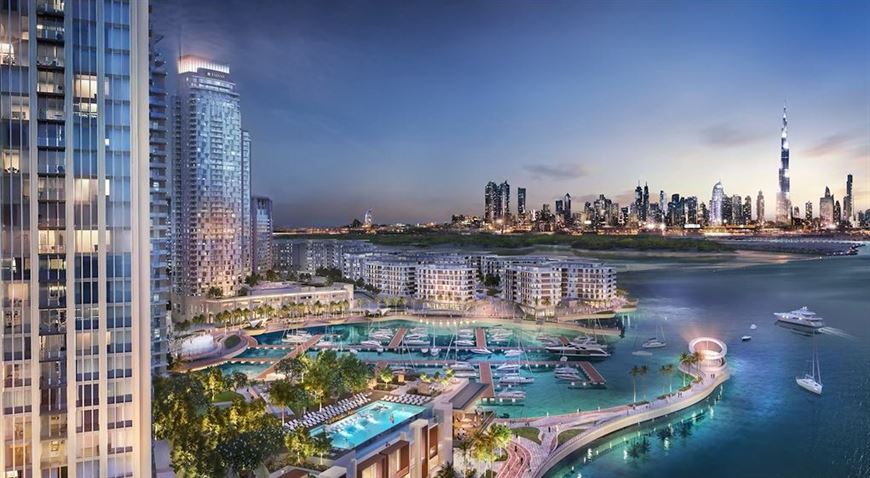 A very interesting project, which is being implemented by Emaar Properties in the Serbian capital Belgrade – the Eagle Hills complex with investments of $3.6 billion. The company is also building King Abdullah Economic City in Saudi Arabia. The project covers 168km2 and includes a seaport, an industrial zone, business, resort and residential areas, educational and medical institutions, and commercial facilities. 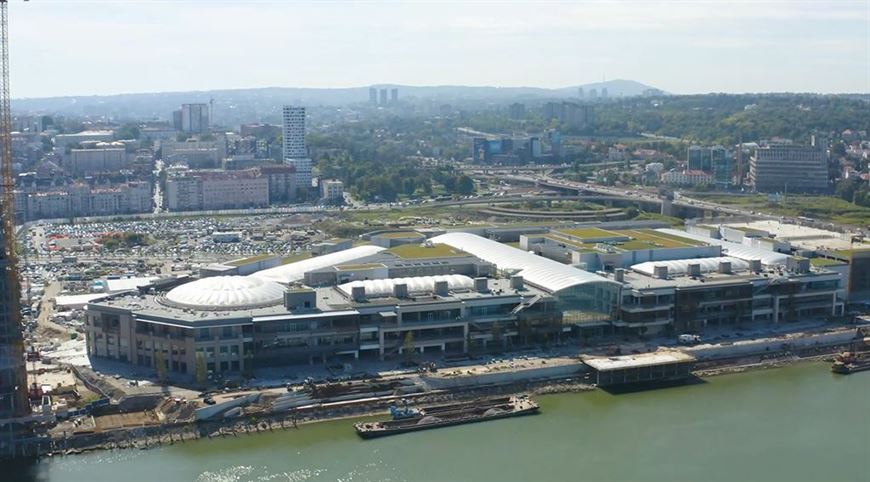 Emaar Properties is one of the world’s largest developers and construction investors. It operates more than 60 subsidiaries in more than 35 countries in the Middle East, North Africa, Asia, Europe and North America. Now the company has extended its reach to Minsk!

“This is a powerful signal to other potential investors who are watching closely, analyzing the situation. It is no secret that before deciding on any project, teams of consultants study not only the regulatory framework, the investment climate of a country but also check whether other serious investors have implemented projects in a sovereign economy. Therefore, from the point of view of the portfolio of successful stories for Belarus, Emaar Properties is very important, even regardless of the project itself, which is extremely attractive and useful for our country.”

According to Roman Golovchenko, the Belarusian capital has long needed a world-class exhibition complex to demonstrate all its achievements. This facility is only the beginning of a grandiose project, conceived and proposed by Mohamed Alabbar and supported by the country’s leadership. 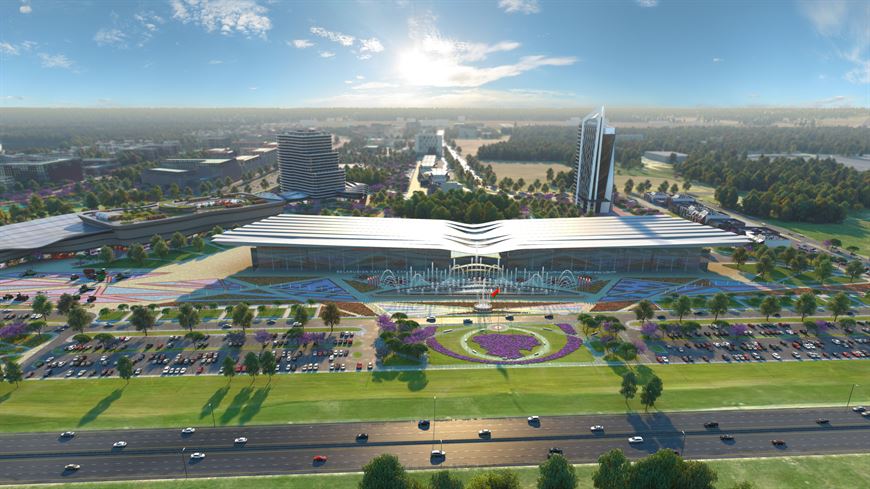 “Now we are working out the terms of the investment contract with Emaar Properties. No special, exclusive privileges are envisaged. These are the basic conditions for foreign investors, which are already quite attractive in Belarus,” the prime minister said.

The company has expressed its readiness to take on social responsibility and build facilities that are very important for any development project. Schools, kindergartens, sports facilities, and art centers will be built in the Northern Waterfront. They are not commercial facilities but are of critical importance for successful development of human capital.

The foundation stone was laid on the site near the ring road, east of Dolginovsky Trakt. The construction site will span 900 hectares! The investor plans to build the Belarusian National Exhibition Center in 15 months. Then, the World Trade Center, similar to that in Dubai, the University of Artificial Intelligence, sport centers, healthcare and education facilities, centers of culture and arts and, of course, modern comfortable housing will be built here in stages. The designers call their project Smart City and promises to bring in the most innovative technologies in construction and energy saving, environmental friendliness and high IT penetration. 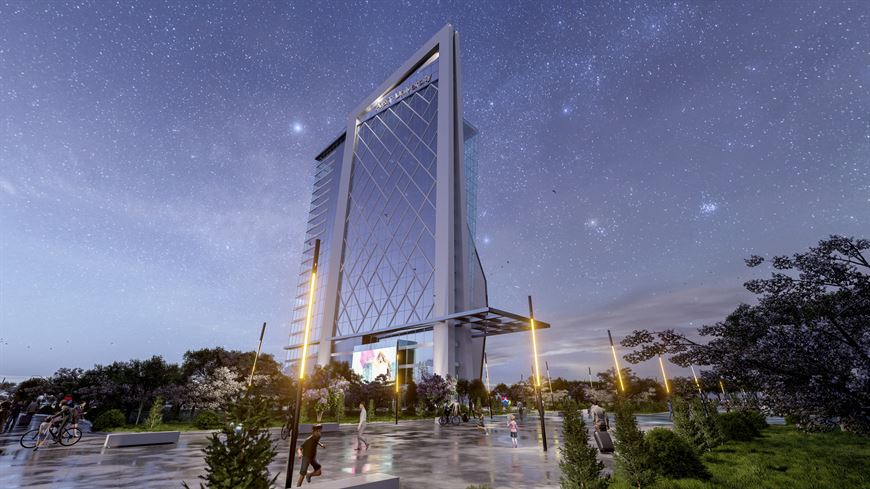 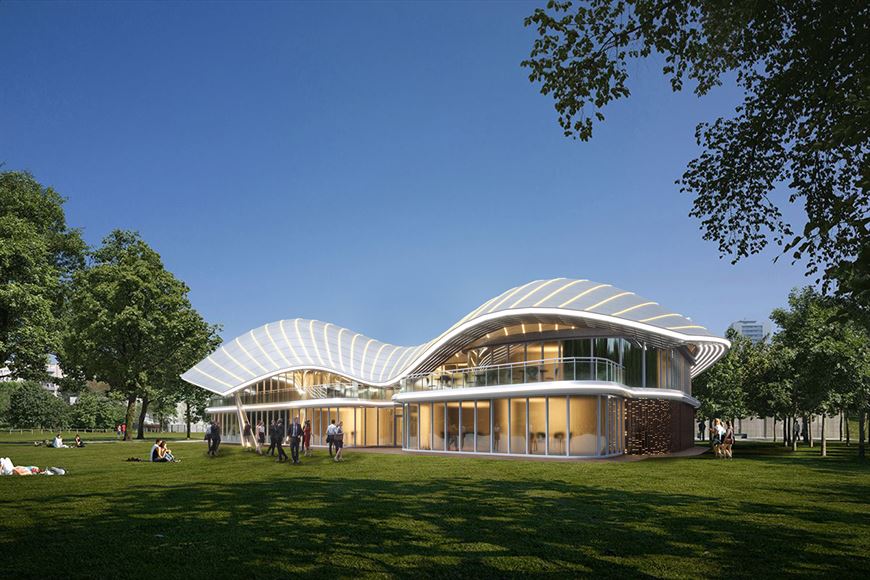 Center of Culture and Arts

“Investors’ readiness to work here is very important for the city. It is even more so when investors are world-class. They bring new technologies, innovative materials, new approaches to construction. This gives the city an opportunity to grow further, boost its financial performance, attract business from different countries and offer new opportunities,” Vladimir Kukharev believes. 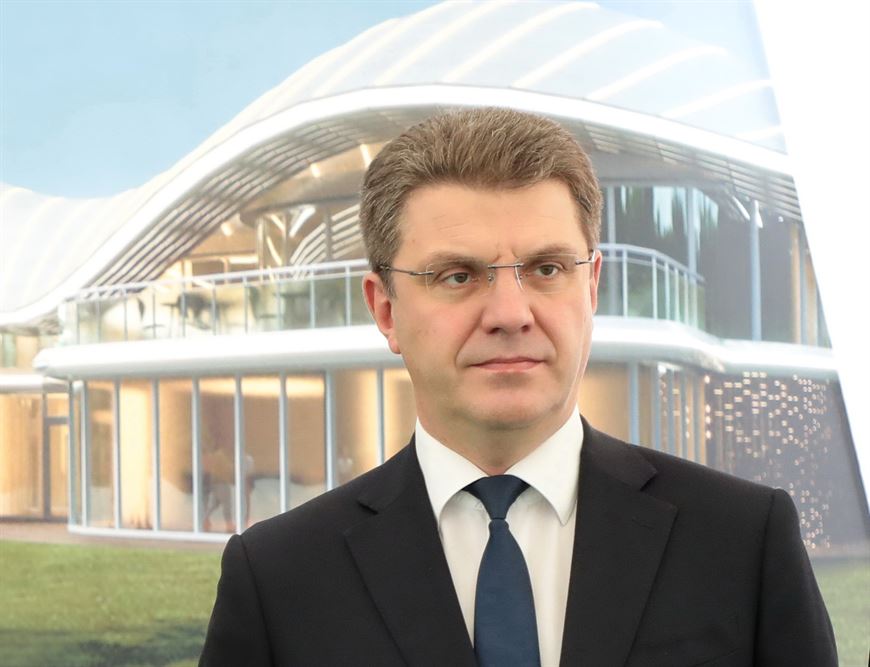 The Minsk mayor took the investor from Dubai on a small excursion around Minsk. The mayor showed Mohamed Alabbar the new metro station Kovalskaya Sloboda which will open soon. The guest liked the station’s decoration with forged lamps, and also high quality of finishing materials. 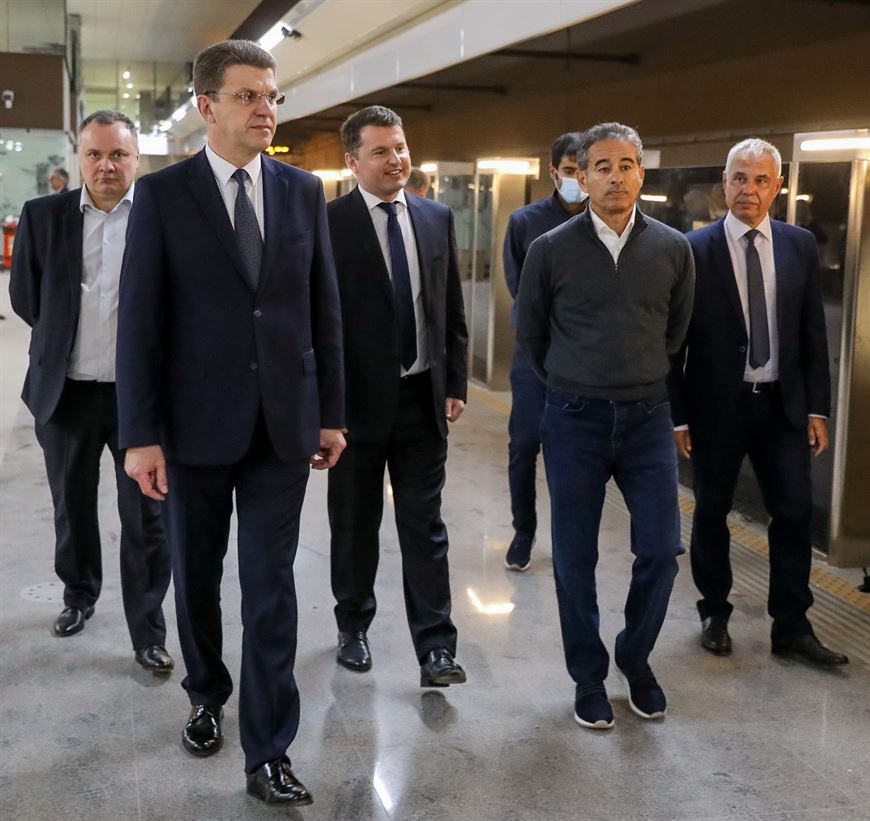 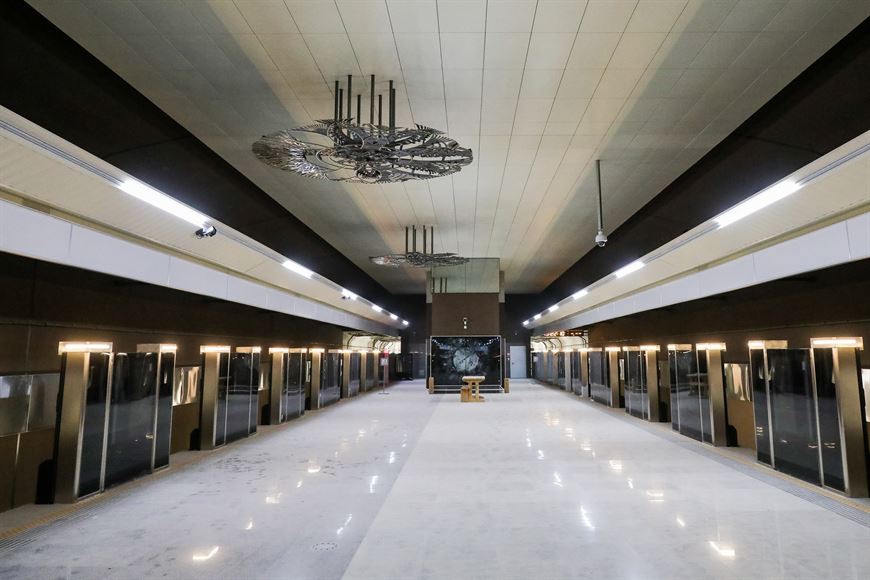 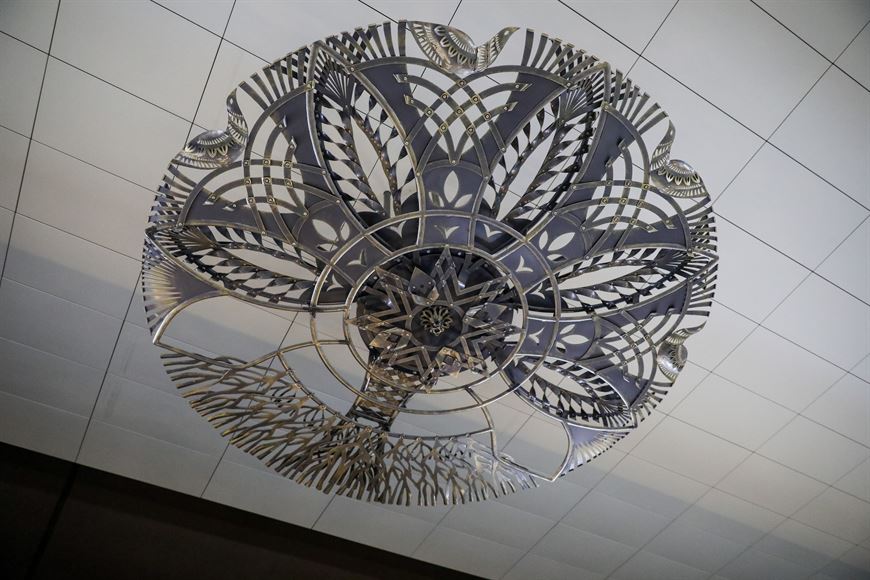 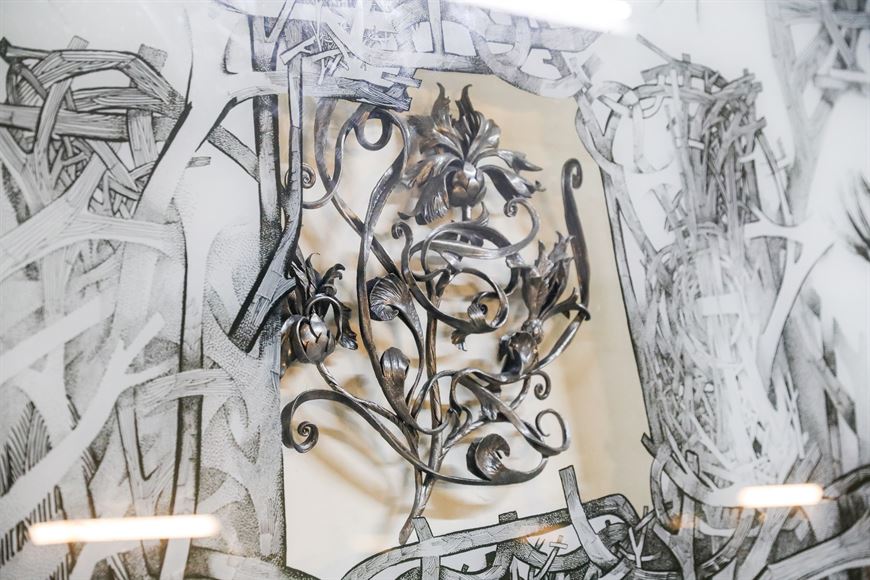 The station is decorated with high-quality materials

Mohamed Alabbar also visited the Minsk World complex, the city’s largest construction project. He walked around the first almost completed quarter and was pleasantly surprised to hear that it is called Emirates Lux. According to the guest, the architecture of the complex has something in common with Dubai embankments. The main thing that brings the two cities together is vibe and modernity. 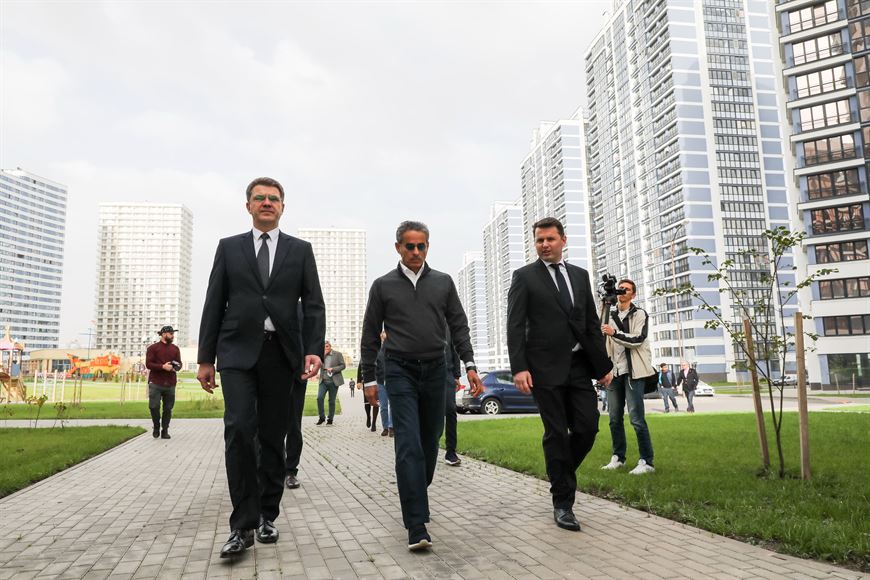 “Right now I am building a house for my family in Dubai. At this moment it is especially important for me to be part of construction projects in your capital city. I was born in Dubai, it is my hometown. Each city is beautiful in its own way, but I like both Dubai and Minsk,” said Mohamed Alabbar. 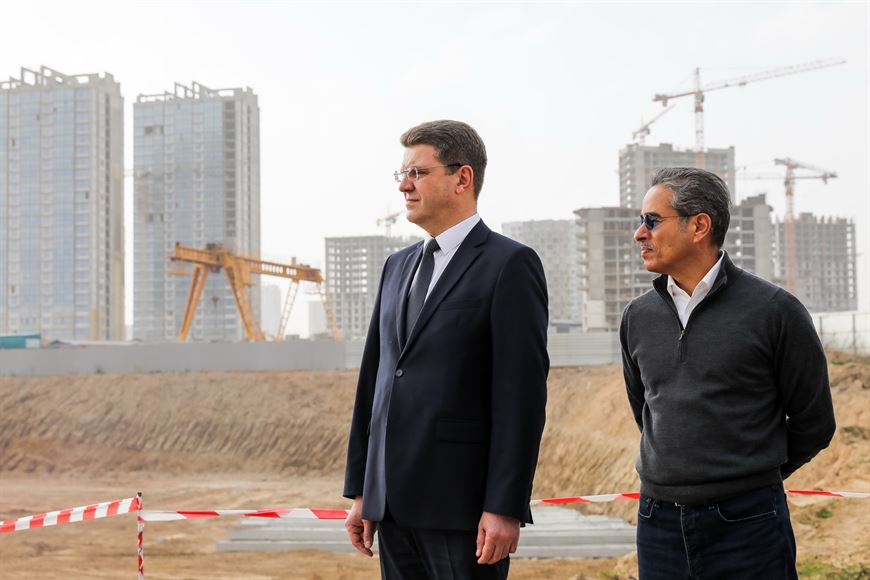 “Fourteen years I was the chairman of the Dubai World Trade Center and oversaw foreign economic activities and international economic contacts. The main thing about national exhibition centers is that they are the engines of a country’s economic growth. They help scale up a small business, promote economic ties with other states, boost international trade and cooperation. Therefore, I hope that the Belarusian National Exhibition Center will become the main driver of economic growth in your country.

It will host not only exhibitions, but also conferences and business forums. In line with new trends, such centers also accommodate theaters, concert halls, cinemas, sports facilities and children’s clubs. They are becoming not only economic, but also cultural and creative hubs,” the investor said.

When asked about the expected volume of investments, Mohamed Alabbar replied:

“Projects of this kind require investments of €10 billion and more.”

However, the investor is sure that huge amounts of investments are the right decision. The UAE views Belarus as one of the most promising locations for promoting successful cooperation.”

“We are present in many countries of the world and therefore we can see the great prospects that are opening up in the Republic of Belarus. Your country is at the beginning of a powerful economic growth. The president of the Republic of Belarus has built a solid foundation that guarantees success – we are talking about security, management, an independent and well-considered policy. Therefore, we are sure about excellent prospects for your country and our joint project Northern Waterfront,” Mohamed Alabbar added.