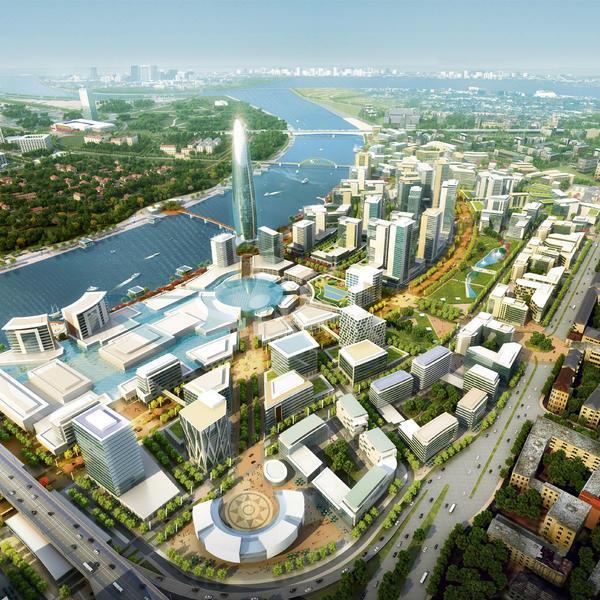 Belgrade, Serbia’s capital, looks set to receive an uplift to the local infrastructure and economy after the first phase of construction on a controversial waterfront project within the city nears its completion.

A contract for the project was agreed between the Republic of Serbia and Eagle Hills, an Abu Dhabi-based developer, that would see the latter own and assume responsibility for 68% of the development, with the former retaining 32%.

The work to be undertaken on the new urban centre is currently valued at €2.7 billion and covers an area of 1.8 million m2.

Inside an area of the development known as the Sava Amphitheatre, around 6,000 apartments will be created, in which 14,000 people could reside. Eight hotels will also be constructed, alongside 165 apartments and a new tower – intended to be the tallest in southeast Europe, at 168 metres high.

The tower, known as the St Regis Belgrade, will have 40 floors when complete and is expected to cost €105 million.

The project has faced its share of delays and, as a result, a planned station in the new Belgrade area has been pushed back by a few months and is now scheduled for completion in 2020.

Construction on the Belgrade tower is now planned to be finalised in 2021.

The construction contract was first signed on April 26, 2015, on behalf of investors, by Muhammad Alabar, President of Eagle Hills, and in front of Serbia’s Deputy Prime Minister and Minister of Construction, among others.

Demolition of the first buildings began in August 2014, and on August 12, 2015, the Mayor announced that the first phase of demolition was complete after 233 buildings had been demolished.

So far, as part of the first phase of construction, two residential buildings have been completed, with two more currently under construction.

The BW Gallery – the future largest shopping centre in the country – is also under development.

Part of the promenade and cycle path and playground for children, as well as the Savanova restaurant – the first Belgrade waterfront facility – have been completed.

Further construction has been broken up into three stages:

The next phase is phase two, with landscaping planned at the Branko Bridge and between the Gazela Bridge and the fairgrounds. The hope is to build more residential buildings, as well as reconstruct some buildings protected by law.

In the third phase, a central district around Savska Street is to be developed, containing both residential and business facilities.

The fourth phase includes the construction of apartments, but also entertaining and cultural content.